An end to every beginning.

Disguised as a boy, Sagira Solimon spent her youth trying to salvage a dead Egypt from the drifting sands, before Englishmen could carry it all away. She found the rings in a cracked bowl, slid them on, and vanished into another world entirely. A world where Egyptian gods still ruled.

Broken and haunted, Dalila Folley suffered the loss of her mother and grew up searching for her, knowing Egypt had swallowed her whole. Dalila set herself on a path to unearth Sagira from the Egyptian desert and open the Glass of Anubis once more, no matter that her own daughter was the cost.

Eleanor Folley watched her mother vanish into the desert, and though everyone told her Dalila was dead, she refused to believe. Determined to understand the truth, Eleanor pit herself against the dark god Anubis himself, to set the world right once more, but ancient Egypt holds her heart as firmly as Virgil Mallory does, and she won’t let either go easily. 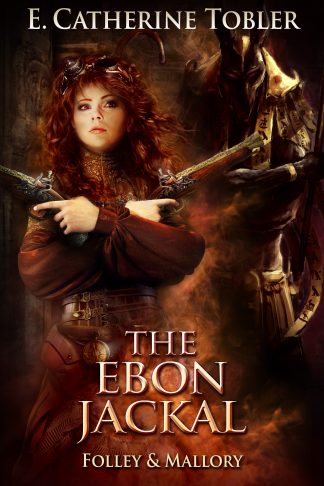