View cart “The Honey Mummy” has been added to your cart.

A withered body abandoned to the desert wastes.
An ancient and mysterious god.
Four rings opening a portal to the unknown.

As the nineteenth century turns into the twentieth, the world looks to a future of revolutionary science and extraordinary machines. Archaeologist Eleanor Folley looks back to Egypt’s ancient mysteries and her mother’s inexplicable, haunting disappearance. Agent Virgil Mallory, a man with ghosts and monsters of his own, brings evidence of a crime, taking them both on a thrilling adventure that carries them from Paris to Egypt, and from the present to the ancient past. Uncovering the truth exposes a dangerous game of life, death, and uncanny powers! 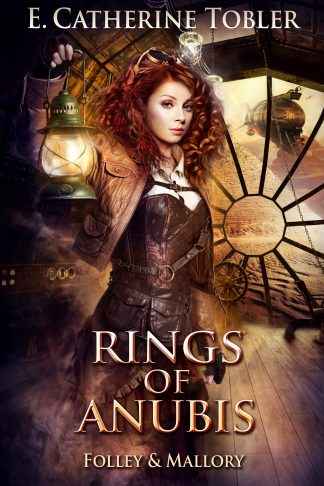