All submissions from March – May of 2019 have been responded to. Please check your inboxes and Submittable accounts. Feel free to query as well.

I’m sorry for the delays this year. I talk more about that on my blog.

Issue V8.1 of LampLight is out! Print, Kindle, Nook, iBooks, Kobo and Smashwords. Get it today.

The December issue is being pushed to January. From then onwards we should be back on schedule.

Categories: LampLight, news
Tag: lamplight
A look back at what we published in 2018 here at Apokrupha.

glass slipper dreams, shattered the debut collection from doungjai gam is out now! filled with loss, sorrow, revenge and remorse, it is not to be missed. Check out this review on Locus Magazine! apokrupha.com/glass-slipper-dreams-shattered/

The fifth installment in the Folley and Mallory adventures by E. Catherine Tobler came this year, seeing our heroes dealing with a mystery that spans both time and space. Here’s the whole series, grab one today!

We had three episodes of the RadioPlay release in 2018. Inspired by the radio of the past, but built for modern ears, LampLight Radio Plays are audio adaptations of stories from LampLight Magazine. Give a listen! Subscribe today on iTunes, Soundcloud and more!

Only one classic released this past year. In honor of the 200th anniversary, we released an edition of Frankenstein. You can still download it free!

Of course we have more LampLight coming, a new episode of the RadioPlay right around the corner. A few classics lined up as well. The final Folley and Mallory adventure will be here. And of course, some surprises to come!
Category: news
Tags: 2018, anubis, doungjai gam, e catherine tobler, glass slipper, lamplight

Gemma Files is our featured writer. We talk with her about ‘monster pride’ and what she’s working on next. Fiona Maeve Geist returns with an article on Hope Mirrlees and Margaret St Clair.

Hi everyone. We are going to delay LampLight Magazine spring submissions to 15 April (and extend through June!)

This will let us finish catching up on some things before Volume 7 starts.

In the meantime, we are having a subscription drive! Your support is what keeps LampLight going. Subscriptions support both the magazine and the podcast, and bring to you four great issues of LampLight magazine which can be sent directly to your Kindle if you like!

I spent the better part of two months doodling up designs for the logo of LampLight. I was trying to make a simple-to-draw lamp to sit in the corner of each cover as a logo for the magazine.

I’ve known Paula Snyder longer than is polite to say out loud. Needless to say, we still look fabulous.

I wrote Paula about my endeavors and asked if she could help, sending an (no doubt rambling) email about my idea for the lamp, what the mag was about, etc.

What Paula sent back was fantastic, elegant, and real. Naturally, it looked nothing like my scribbles or descriptions. This is why it looks good.

The LampLight masthead, and overall look of the covers, the outward visible part of the magazine is all due to Paula, and LampLight would not have been the same without them.

Don’t forget to subscribe, so you’ll never miss a great issue of LampLight! Subscriptions support both the magazine and the podcast.

I had known Kevin Lucia for about ten minutes when I approached him about doing the first serial for LampLight.

We had met at Necon in 2011, and saw each other again at Horrorfind Weekend. It was June of 2012 when I sent an awkward email that I had re-written about fifteen times. I was making a magazine, it was going to be quiet horror, would he be interested in doing a serial novella to span the first volume.

Kevin said yes, saying he had a piece he had in mind that would be a great fit. And thus, And I Watered It With Tears (later to be republished as Drowned) came to find its home in LampLight. The characters and locations in Tears are woven into his Clifton Heights saga, which I cannot recommend enough.

Tears helped set the tone of LampLight and we would later make our first Radio Play based off this novella.

We had two more serial novellas, The Devoted by James A Moore, and Wilted Lilies by Kelli Owen. All three are fantastic.

In the end, quarterly release is too long in-between installments for a serial. We haven’t given up the idea, though–I think serials are a great means for story telling.

Kevin would return to LampLight for volume 4 & 5 with his Horror 101 series, taking us on a tour of the genre, past and present.

Listen to Drowned, the episode 1 of the LampLight Radio play, based on the novella by Kevin Lucia

Get all of volume 1, featuring And I Watered It With Tears by Kevin Lucia, for only 5$!

And don’t forget to subscribe, so you’ll never miss a great issue of LampLight! Subscriptions support both the magazine and the podcast (and maybe some crazy serial idea we have…).

(Guest appearance in this post by Lincoln Crisler, author of Queen and Other Stories)

June is birthday month here at Apokrupha. And this year is a milestone. June 2017 marks 5 years of publishing, and we’ve got quite a few things to celebrate. A new issue with a great line up; a new steampunk book; a new Radio Play episode; space dragons…

To mark the occasion, we are re-releasing all of volume 1 of LampLight. These first four issues of LampLight are where it all started.

AND. Get all four of them, thats 130,000 words of short fiction, interviews, a full novella by Kevin Lucia and the fantastic Shadows in the Attic series by J.F. Gonzalez… for just $5.

Already own all of these titles? The files are updated, so just re-download. Files from Smashwords, Amazon, Kobo and Nook will be updated soon.

And don’t forget to subscribe to LampLight to support another 5 years!

We have a goal, we want to get to 1,000 subscribers to LampLight magazine. 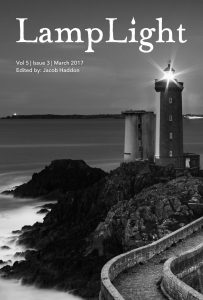 Buy a Subscription, 10$ for One Year!

A subscription is convenient and saves money! For just 10$ a year you will get four great issues of LampLight emailed to you or direct to your Kindle. Ebooks will be available as epub, mobi and PDF.

And, as a bonus, get the current issue as well!

These are our subscriber goals:

We want to be around for a long time, and to bring the best dark fiction right to your hands. Help us achieve that. Pick up a subscription, help spread the word. 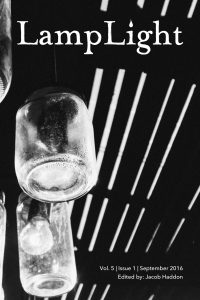 All of the funds from these purchases are going straight to us, no cut from Amazon or Kickstarter. All of these funds are going right back into LampLight magazine to pay writers and editors in our community. Subscriptions support both the magazine and the podcast.

Missed out on some of the older issues? We have two ebook bundles set up as well:

Check on the bundles in our ebook store!

For more information on our titles:

The Past issues of LampLight

The first part of the Year in Exile is cancelled, due to unforeseen issues. As such, I’m deep into the submission pile now, reading stories for the September and December issues.

And while things are on track for the next set of guest editors, we will always be ready to adapt.

The June issue is nearly ready, and we have more surprises coming in July.

I’m working diligently to finish up the March issue of LampLight, and while there will be more about that soon, I am excited to announce what the plans for Volume 5 will be.

All four issues of LampLight Volume 5 will be guest edited.

The Year in Exile will start with the September issue, which will be edited by Damien Angelica Walters.

Damien’s new book, Paper Tigers has just come out, and the title story in her collection, Sing Me Your Scars has been nominated for a Bram Stoker Award.

The December issue will be edited by Katie Winter, the assistant editor of LampLight.

Katie has been with LampLight since the first issue, and her help has been invaluable. Her perspective has guided LampLight for years, and we are excited to have her at the helm.

We will update later for the editors of March and June 2017 issues at a later time. For now, though, send in your subs!